Explanation video of how an IVR system works, and the utility of it. CNBC Video explaining how the 5G technology will be helpful in the upcoming years. 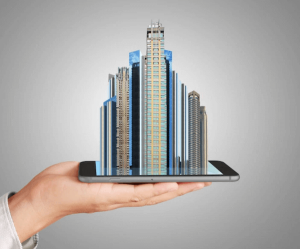 One of the factors that can make or break a real estate company is the relationship it has with its clients. Aside from providing quality services, assistance and options that guarantee value for money, real estate companies and their agents need to keep their clients satisfied and happy. The key towards achieving this is through proper and professional communication.

Buying a property is a major decision that requires significant investment. It is natural for clients to seek properties that meet their specific requirements and lifestyle. Real estate agents are used to being bombarded with questions and inquiries from clients with different circumstances.

And in order to prosper in the industry, these queries must be addressed effectively through proper communication. Here are different scenarios concerning real estate business that can be addressed through various communication solutions;

For clients moving in from abroad

Moving to a new place also means acquiring a property which you can call your new “home”. Your first move might be to contact a local real estate agent that can guide you through the process.

For instance, you’re browsing through Properties Miami website and you want to inquire about residential properties. You would need to make multiple phone calls to communicate with your real estate agent or with the real estate company.

A good communication solution is by purchasing Skype to phone call credits which will allow you to make international calls; or by investing on magicJack (VoIP phone service) which is a device that allows users to make unlimited phone calls to the U.S. and Canada from another country.

Skype-to-phone call-in services may be viewed as a good option if you are able to manage the length of your international phone calls. Otherwise, you may purchase and set up a magicJack number which will allow you to have unlimited incoming and outgoing calls anytime of the day for an annual fee of $39.

It is natural for real estate agents to update their clients about any issues, concerns or developments in the real estate market. Modern technology has made communication possible for people across all borders.

Social media messaging apps like Facebook, Instagram and Twitter have become useful in keeping people in touch for both personal and professional matters. Other apps that can serve a purpose are IMO, Viber, Skype, and Facetime.

Other convenient and cost-effective communication solutions that can make it possible for real estate agents and other concerned parties to contact clients from abroad via web conferencing are; Google Hangouts, GoToMeeting, Fuze Meeting and Unified Meeting 5.

These platforms also offer stable and professional solutions conducive for business communications because several individuals can take part in the conference. The accessibility of video calls also makes it possible for agents to give their clients a virtual tour of different properties including the surrounding neighborhood.

Real estate companies receive a lot of phone calls from clients and other individuals on a daily basis. … 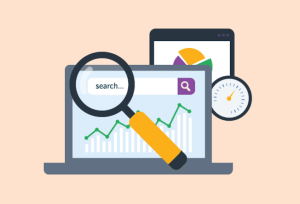 The power of the internet dominates the present generation we live in, and it has taken over worldwide. Based on the most recent internet data which was gathered and processed from a wide range of reputable sources, internet users are increasing at a rate of over 11 new users each second.

This accounts for a total of roughly 1 million new internet users per day. This data has been collected and synthesized from January 2018 to January 2019.

Based on statistics and various digital resources, 2018 marks the year of major and overwhelming growth for the digital world. The reason could be attributed to the fact that this year’s figures reveal how much internet user growth has dramatically increased with over 366 million of new internet users going online.

This data is also aligned with the figures recently collected by one of the biggest SEO analytic companies in the U.S. Needless to say, the current digital age can expect global internet use to further accelerate as new internet users worldwide are projected to increase at a faster rate every year.

To shed some light to this data, let’s explore the behavior of internet users as well as the different fields of interest behind these impressive figures. Gaining awareness about the current trends and insights based on recent statistics will enable us all to understand the current digital status.

Here are some relevant data gathered recently (for the year 2019) that can provide a better picture about current internet usage worldwide.

Active social media users: 3.499 Billion; with Facebook being the most popular platform which adds 500,000 new users per day and 6 new profiles per second

Dating Sites: 41% of online singles worldwide have used dating apps or sites over the past month with a higher percentage among men (65%) than women (35%). 75% of dating app users are below 30 years old and 90% are below 40 years old. The peak age for online dating is 25 years old and this applies globally.

Popular Apps: Digital Information World has revealed the most popular apps for 2019 based on records and statistics. YouTube makes it to the top …